Mood: Calm ^__^
Music: Rihanna – Rehab
Now you’ve heard a little of my background story, I guess I’ll guide you through the regular visitors to my face. CHRIST that sounds like a disgusting euphemism.

I’ve got absolutely terrible skin – massively prone to breakouts, but not acne.. it’s kinda like just blackheads (urgh) and random little pimples all over the place and no matter what I try my skin is still shit. I’ve tried all of the apparently tried-and-tested old wives’ tales like toothpaste, pure teatree oil, chamomile lotion blah blah blah, but those were last resorts after dozens of expensive spot creams and over-the-counter methods, yet nothing has cleared it up in about 6 years. I’ve given up trying now, and come to the conclusion that my skin really isn’t that bad at all in comparison to a lot of people my age. Regardless, I am still terrified of foundation and what horrible things it might do to my skin. The good friend I mentioned in my last post looks great when he’s plastered with it, but when you catch him with no makeup on, his skin is worse than mine and he’s admitted to me that it’s foundation that’s done it. Bit of a vicious circle really.

In terms of oil distribution, I suppose I should say I have ‘combination’ skin but even that doesn’t seem to fit properly. My T zone is oily as fuck, hence the spottiness, and my cheeks are kinda dry – but most mornings when I wake up I have at least one flaky patch of skin somewhere on my face (often in my T zone, funnily enough) and I have to exfoliate like hell to get rid of it. In short, I hate my skin. On that note, I’ll give you a look at the things that are currently inside my makeup bag which has been composed on a VERY tight budget and review them briefly – although I still don’t really know enough to formulate educated opinions but we’ve all gotta start somewhere, right?

So Avon isn’t exactly the most presitgious brand out there but my mum bought it a while ago and decided she didn’t want it so I nabbed it in a desperate attempt to sort my face out. It’s a tinted moisturiser which supposedly adapts to your skintone after you apply it – I can’t see it myself but I think that’s because the actual shade of the product is a little too dark for my very fair skin, but since I got it for free off my mother it’s better than nothing and masks my blemishes surprisingly well. It starts off a little dark and streaky during application but paying close attention as I do it seems to eliminate the problem. Could easily live without it but it’ll do until I can overcome my fear of real foundation.

I don’t know why some people pay about 6 or 7 times the price of this for powder from Mac or Nars or something when this would do exactly the same job. This is really good for it’s price (usually around £4.00GBP) and surprisingly I’ve actually tried out several pressed powders over the last couple of years due to my desperation to mattify my skin somehow with next to no money. It does exactly what it says on the tin – if I didn’t tell you beforehand you probably wouldn’t be able to guess my skin is so oily whilst wearing this.

Gold is the top one – the one second from the bottom which I would call gold is ‘golden bronze’. Fucking awkward D:. So yeah, I picked this up because I knew I needed some sort of base for my eyeshadow and Lauren Luke likes these – and at half the price of Urban Decay Primer Potion it was worth a shot. It works well as a base but I wouldn’t use it on it’s own as an eye or lip colour. Definitely worth picking one up if you need an eye base on a very tight budget – only £4.40GBP in Superdrug ;D.

I wish I could get those three in a horizontal line but Blogger is a twat. So yeah, read a lot of mixed reviews about these and there’s always been a lot of discussion about them. I’ve been intrigued by them for quite a while but never bought them until today. Superdrug are doing 3 for £9.99 ;D wahey! Midnight was a recommendation from a friend, I’ve seen Lauren Luke praising Old Gold (and her word is gospel), and I liked the look of Parrot Green but there was only a tester of it in Superdrug and emerald was the closest I could get. Obviously I’m yet to really experiment with these – I look like a bit of an idiot at the moment because I’ve got Old Gold on one eye (applied dry) and Midnight on the other (applied wet) to test out the colours. Emerald has been used wet as liner on both eyes. The vibrancy of the pigment in these is incredible, even more so when applied wet. I’m tempted to do some swatches but I’m sure you’ve seen it all before. Oh, and unlike 90% of the reviews I’ve read for Dazzle Dusts, I didn’t actually get any fallout whatsoever, even when applying it dry. Maybe it was beginners’ luck XD. Once I’ve really got the hang of these, I’ll take some photos of looks I come up with. ^_^ 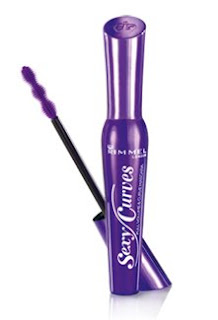 There’s not an awful lot you can say about mascara, is there? Well, it doesn’t clump at all and it spreads my lashes nicely, I really like the wand for this one. But my lashes still remain poker straight without an eyelash curler. Hey ho. ^_^

Again, can’t really say much, it’s a liquid liner *shrug*. Now I’ve got the hang of liquid liner though, which is a relief because for the last few years I’ve been using some Rimmel kohl pencils and I don’t know why I’ve stuck with them (probably because they’re so cheap) – but you get what you pay for because they’re shit.

One more: Gosh Eyeshadow Duo in some sort of green.. not sure of the name ’cause I pulled the label off. No picture ’cause I couldn’t find one on t’internet. In short though, I hate it. Crappy pigmentation, no staying power, creases very easily.. all this even with a base. I don’t know why I put up with it for so long now I’ve ventured into the world of Dazzle Dust D:. Although I do like Gosh Extreme Art liquid liner. It’s a little sticky in consistency and a right wanker to remove but the colours are lovely and stay put all day, you’ve just gotta master the sticky formula.

Well, that’s about it for my regular stuff. I was considering going into nail varnish, too, because I love painting my nails. I always have done, that’s the only girly trait I’ve always, always had XD. But I have a lot of nail varnish and I can’t be bothered anymore, this has gotten way too long. If you’ve actually read the whole way through this, leave a comment and I’ll.. I don’t know, think of some sort of reward for you. This is what my nails are painted like at the moment, just for reference. My nails used to be a lot longer but they got really brittle when I started smoking (no idea why) so I never let them get more than about 5mm past my fingertips any more, which is kind of a shame but hey. I really am going to stop typing now. I’ll ramble some more some other time.

2 thoughts on “Getting down to it”